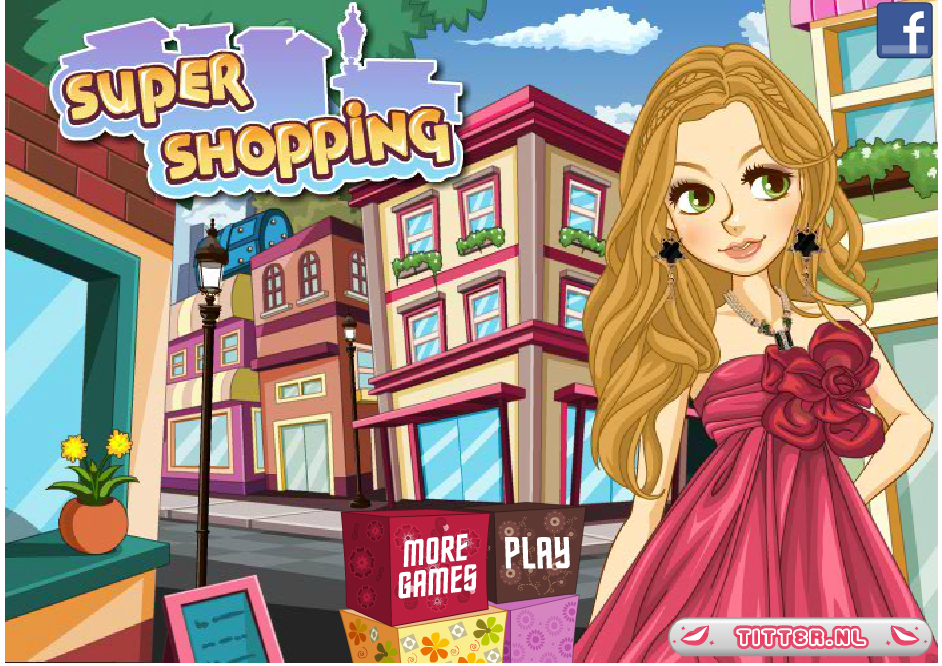 Super Shopping is one of the many games I helped create for the mary.com portal but is much more complex than a simple dress up game. The game revolves about a young girl who wants to become a super model. The player can achieve this goal by going to photo shoots, shopping for new clothes and keeping her looks perfect by going to the gym, eating, drinking and visiting the spa. 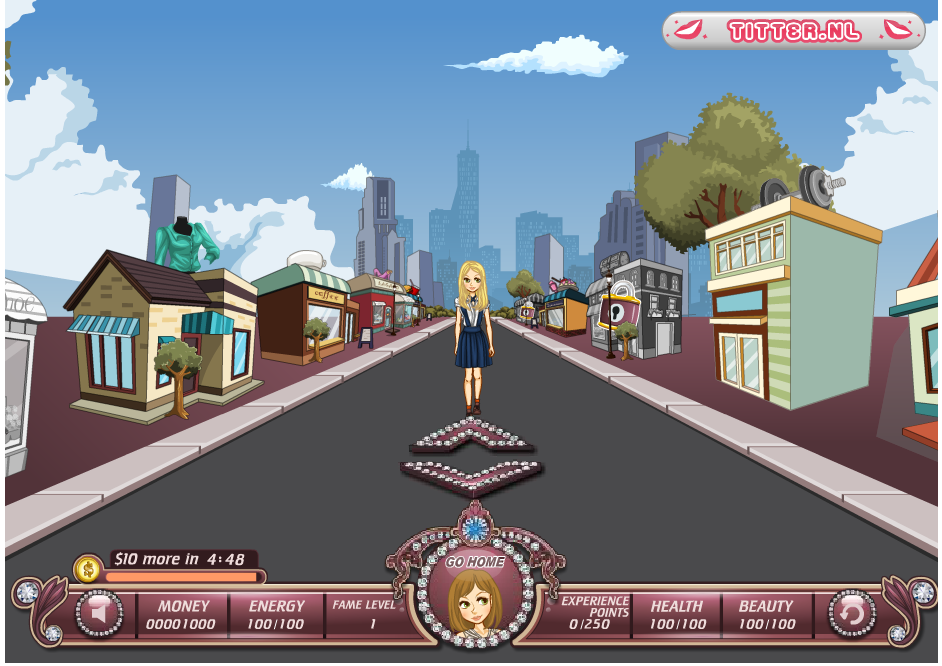 The player has a variety of statistics they need to keep up to get a pass on the photo shoot. By passing photo shoots, buying new clothes and doing other activity the player is able to level up which will unlock new shops and activities.
Super Shopping was a challenging project because when I started working on it. The production team was already working on their first prototype based off a poorly written chinglish document. This documentation described menus and some basic elements which should be in the game but didn’t really go into gameplay. Basically it forgot to say what the player should and could be doing by playing the game. 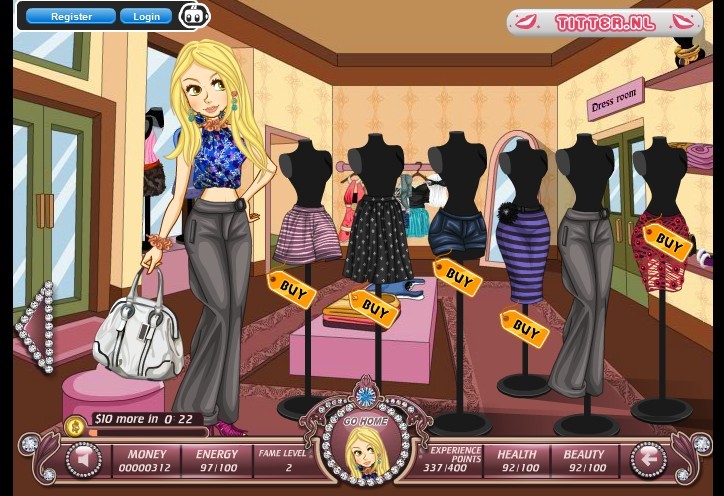 Because the documentation was so incomplete, I had no idea what the game was supposed to be and production had already started, I decided to wait for the first demo before making any adjustments in the game. I was curious to see how the production team had translated the existing document into a game and if it would be fun to play. Upon receiving the demo I was a bit discouraged. The game was not fun to play at all and seemed to be “all over the place”. It felt meaningless to take actions in the game, the feedback in the game was very inconsistent and the game was generally confusing to play.
After some puzzling I wrote a new game design document. It added and adjusted some features like a clear goal, progression, motivation and feedback. And removed several useless, cluttering and sometimes even offensive features like the “fatness meter” to streamline and improve the experience.
I chose to make the document more like an elaborate bug report, this way I could pinpoint and communicate exactly which elements of the game I wanted to change and not waste the production team’s valuable time by making them find the adjustments in a sea of text. This method was very successful, meaning that the production team needed very little guidance during the rest of the development process and the game was created as I intended in the second document.

Upon release, the game itself proved to be a success as well. It was played over a million times in the first week and after 5 months it was still in the top 10 of mary.com’s most played games. It was scored 96% and was awarded a sequel, improving on the concept even further. 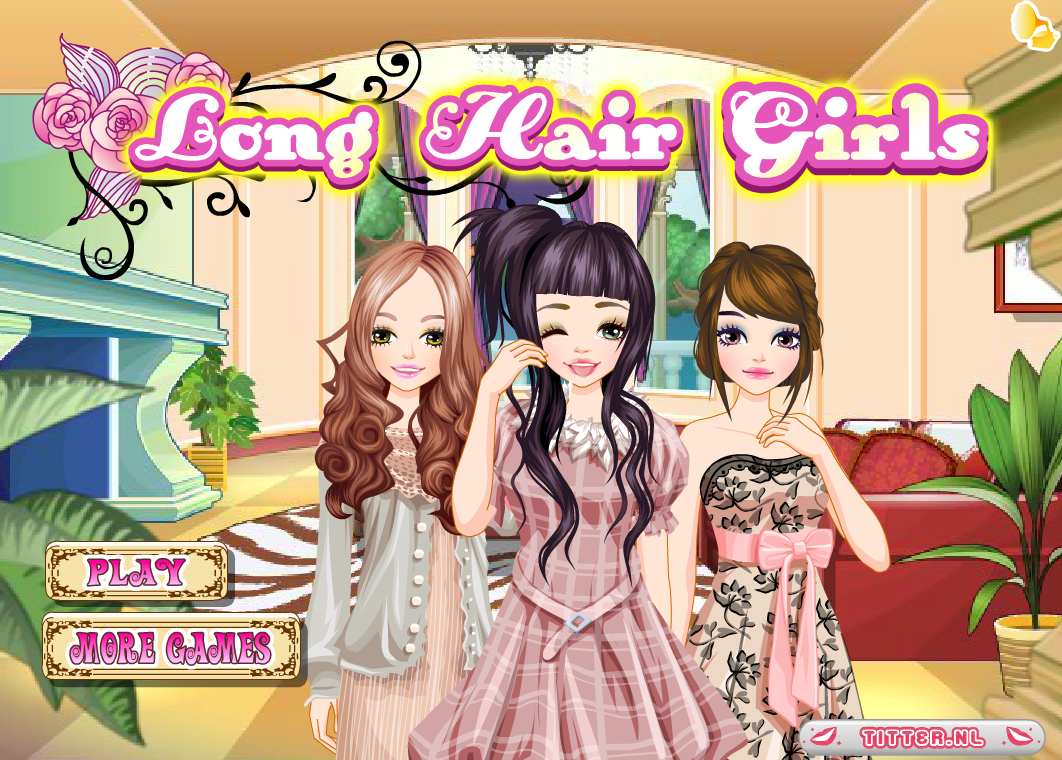 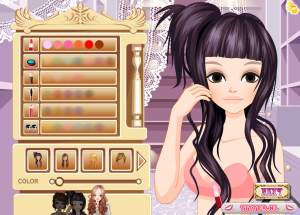 While at mary, I’ve worked on several dress up games. Most of these were an iteration of the same game but with a different theme and each new game provided an opportunity to change some minor issues that were discovered in the data analysis of the previous game.

The games featured several dress up dolls, mostly girls but several had boys in them as well, which could be customised by clicking on the desired clothing, make-up and hairstyles. The player was then able to save a screenshot and print the design. 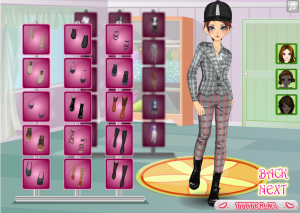 These projects were usually uneventful, as the remote teams had made a lot of these games before and knew what was expected of them. When starting one of these games, management provided us with the name for it and the type of dress up it should be. Most of the design time after that was actually used for research and finding reference of the latest fashion and describing the small changes that needed to be made in the latest version. 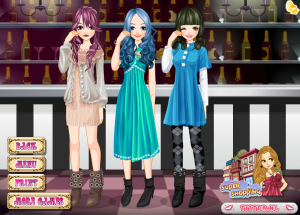