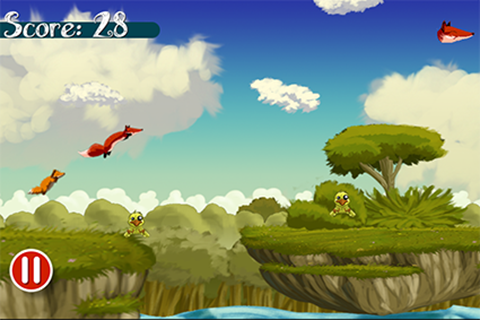 Table for Two is a small webgame created in GameMaker Studio. It’s a cheerful endless runner/ highscore game that was meant as a test for developing smaller games in a new engine. As is Adventurous Imp tradition, the game is a twist on an established genre. The player is not controlling one character but two at the same time. The player is able to make both foxes jump separately by tapping/clicking either the left or right side of the screen, all the while increasing their score by keeping both foxes alive and picking up the various chicks flying around.

The chicks are scored differently by their colour and have different effects on the foxes, such as separating them (making control harder), speeding them up or giving them an extra life. 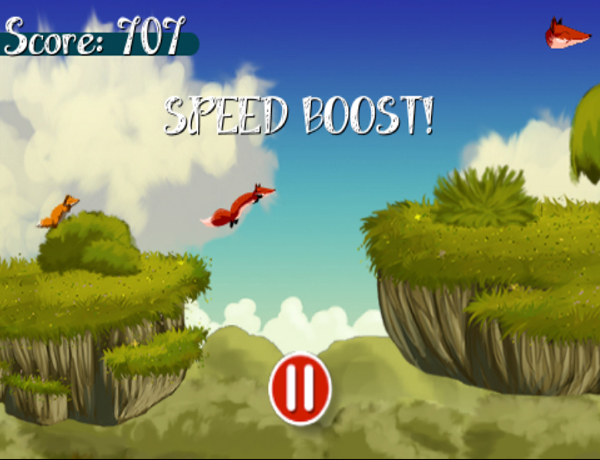 Production of this game took much longer than anticipated because of bad planning and various problems with the engine. It seemed the HTML5 module of gamemaker was neglected in many updates causing the games to break on mobile. When asking for a fix the gamemaker staff told me they had no time to test the module on everything and I should just buy the separate mobile modules. Needless to say I did not continue working with the engine after Table for Two was released.