Simulation games are varying games that simulate real events such as keeping a pet or cooking a meal. For Mary, these varied greatly in size and complexity and would usually be based on an older game. The designers would be supplied with a new title for the game but given free reign for the rest of the project as long as the game was completed before the set deadline. 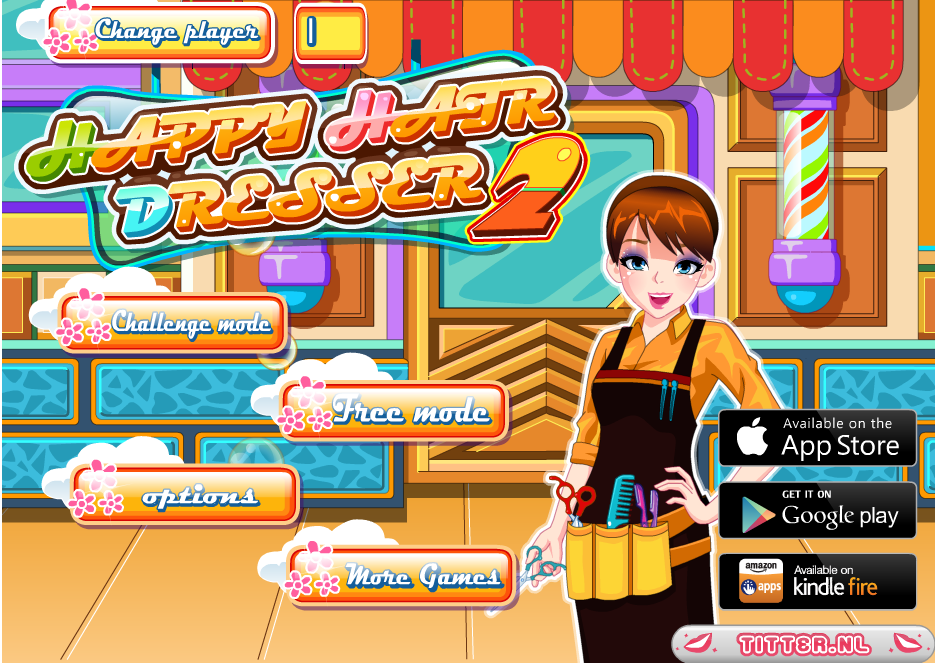 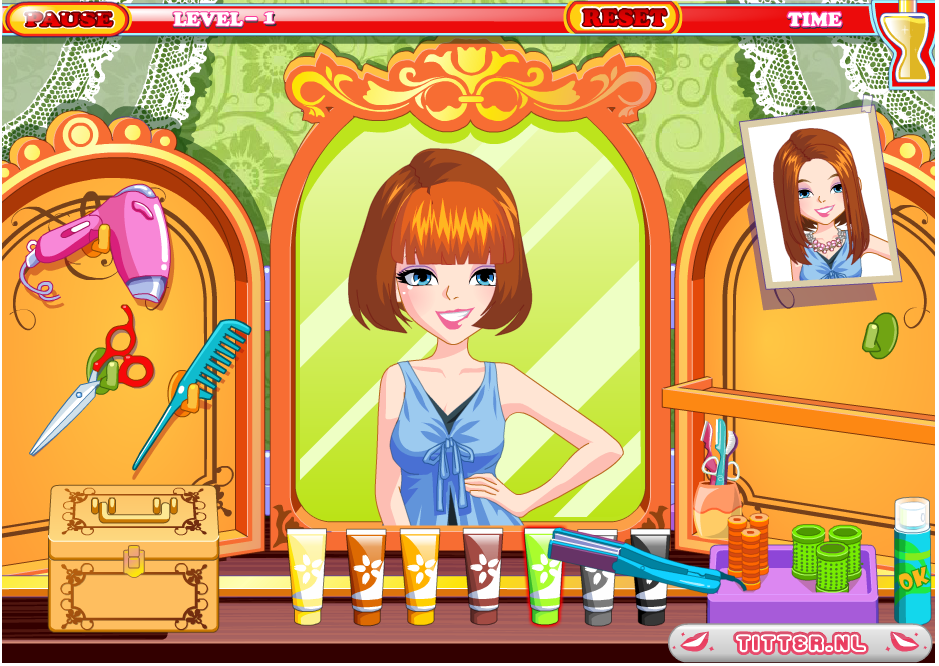 Happy hairdresser was a series of popular games where the objective was to give the customers a satisfying haircut by matching their hair to the picture given. The games are level based and have predefined hairstyles for each level.

I was assigned the first project while it was already in full production. Not being able to add new features or request many changes in the game, I instead focussed on the difficulty curve of the levels, fixed some minor feedback and issues that might not make sense to the player, I also made sure the game was bug-free,and delivered on schedule. 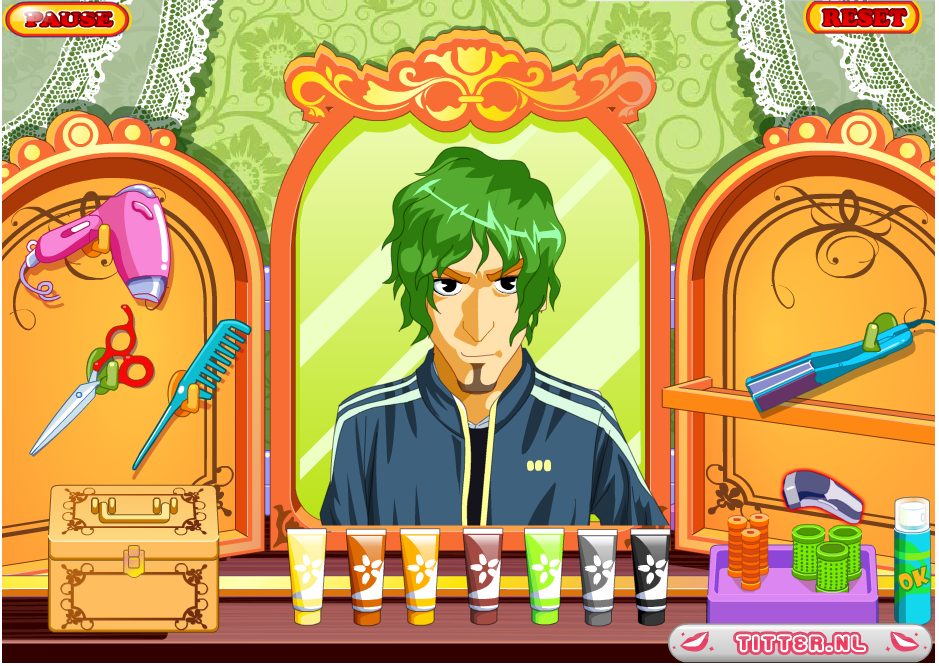 The second instalment of the game offered me the chance to add some ideas I’d had while working on the first one. The biggest of these was the new “free mode” enabling our young female audience to play the game in a different way, which should remind them more of playing with actual hairdressing toys.

The third game of the series was not actually under my management but I was closely involved in its creation, double checking the difficulty curve and making sure the player immersion wasn’t broken by bad feedback or small bugs. The game itself had little changes in compared to the previous instalments. It did however, feature a new beach theme. 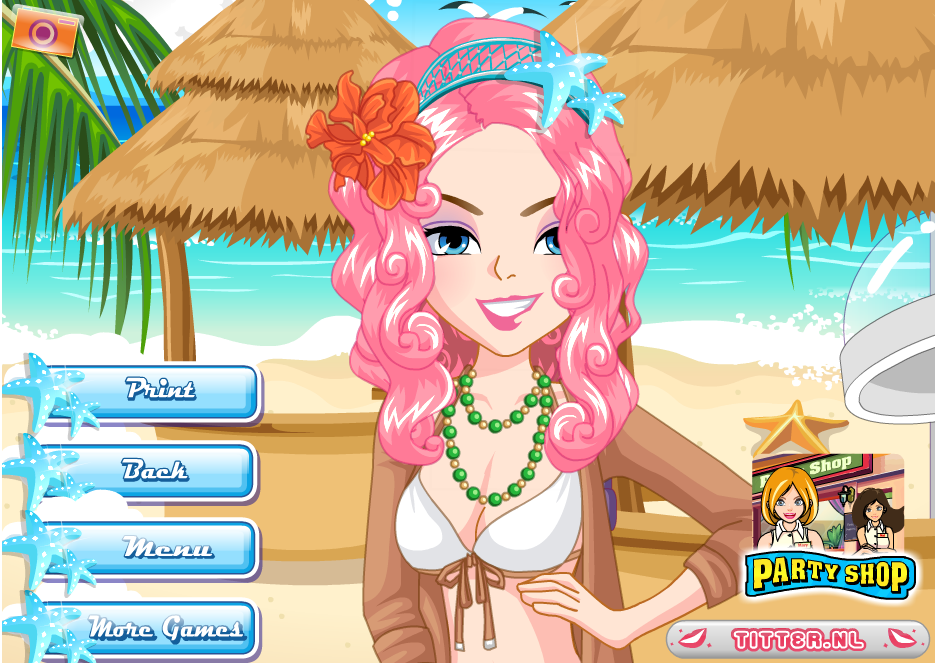 The games were very fun to work on and became one of my most successful series on mary.com. The series was later also ported to mobile devices. I had previously hoped to implement an endless mode in a next version but because of technical issues and the general workload of the mary team prevented this from ever becoming reality.

The Happy Hairdresser series did very well and were rated separately on mary.com: 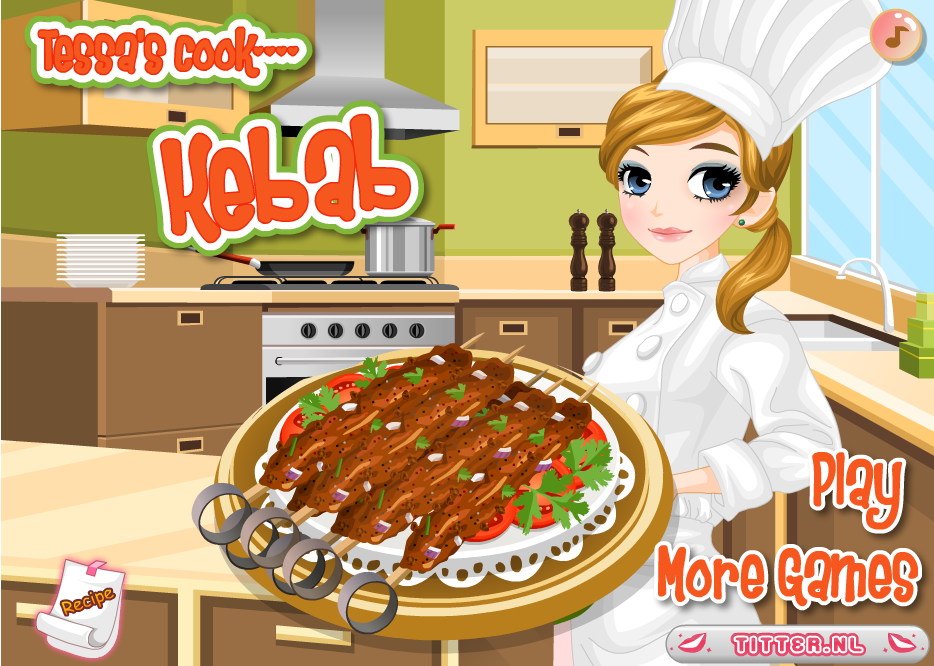 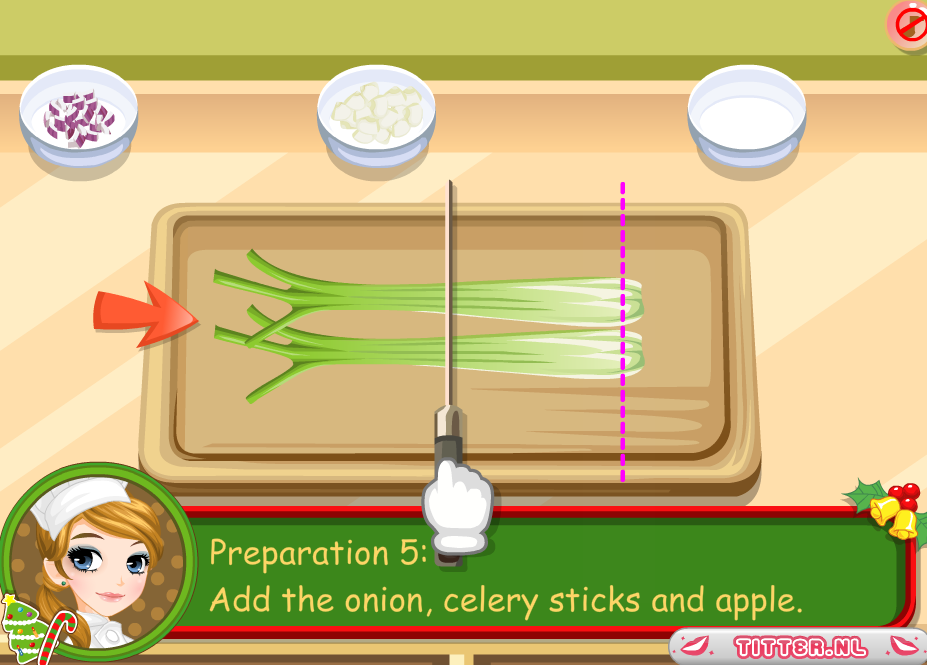 Tessa’s cooking is a game series where the player follows along with a predefined recipe to cook the dish described in the title. I’ve worked on several of these games and I consider them on of the easier projects I worked on. The method of working was usually that we’d get assigned a dish, look up an easy recipe for it on the internet, and divide the recipe into chunks of gameplay steps. These steps could be to chop up vegetables by making slicing movements with the mouse, adding ingredients to a bowl and stirring them by drawing circles or flipping burgers on a grill by clicking them. 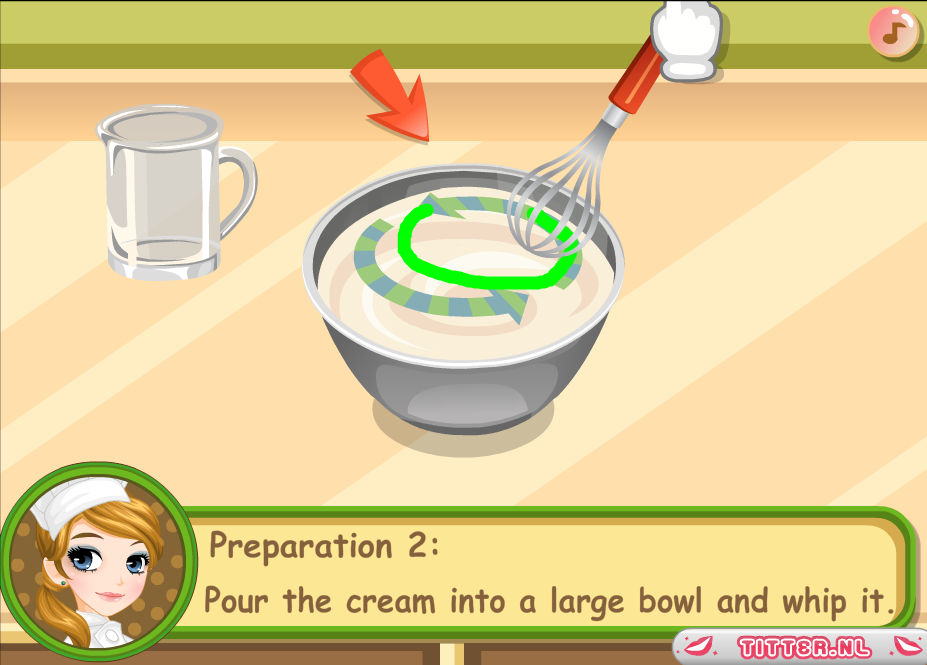 After completing the recipe, the player is awarded a score and medals indicating how well she did and is then able to print the recipe to actually try creating it in real life. 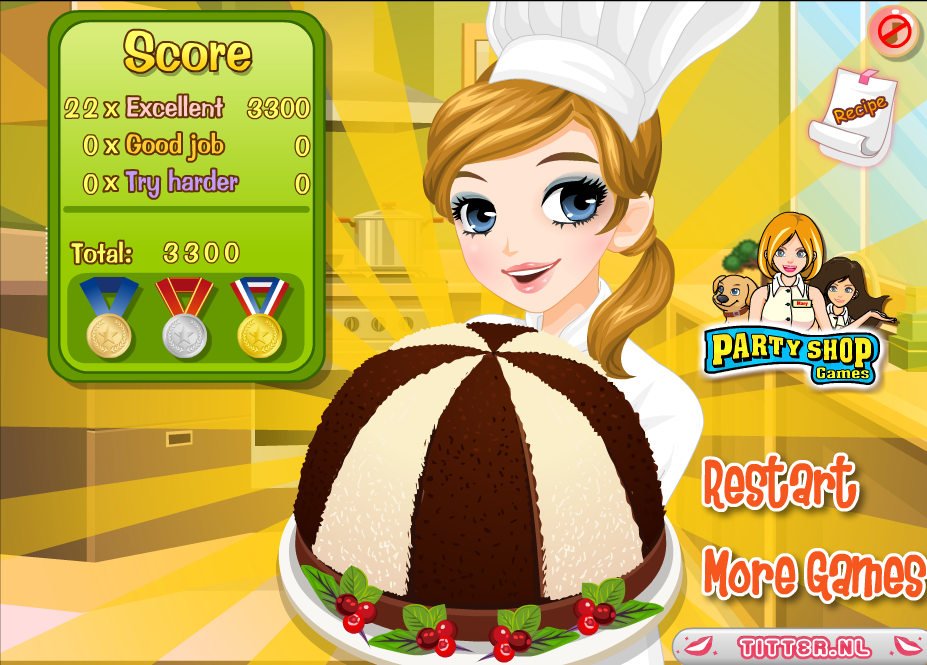 The most challenging parts of managing and designing these games where not actually writing out all the different mini-games, most of these were already built, but because there were so many different versions of this game that were being made at the same time by different teams, it was very hard to keep all the games coherent and on the same level. Improvements made to the game in one version were lost on another version of the game because it was built from a different source file. In the end, proper documentation and more elaborate communication with the Chinese studio and teams eventually solved these problems.

Tessa’s Cooking is a popular series on mary.com, all of the games score between 80 and 85%. Examples of versions I have worked on are: 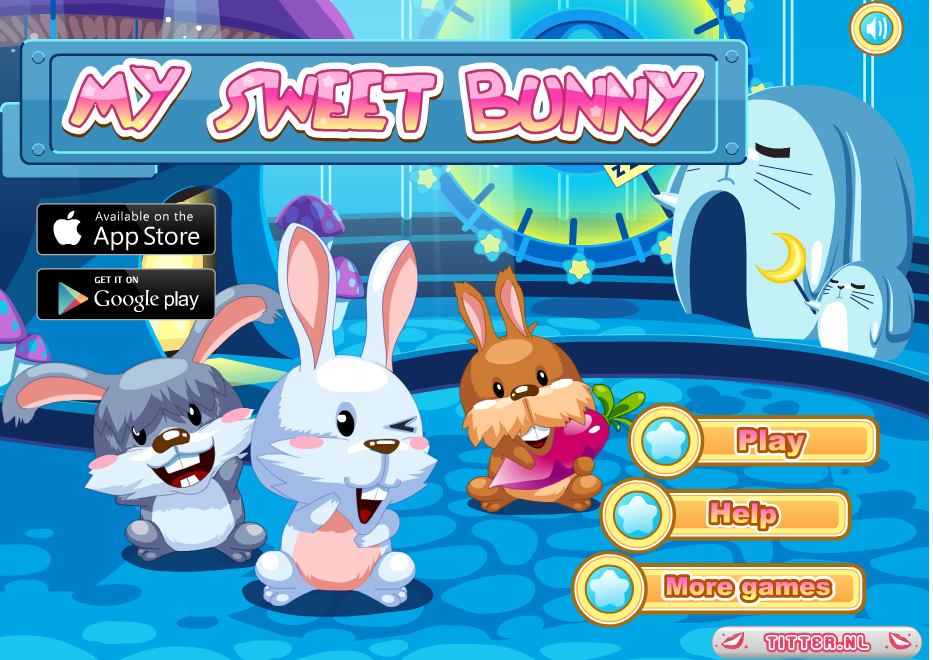 My sweet bunny is a game from the my sweet series, these are fairly popular tamagotchi type games in which you have to take care of a virtual pet. It differs from tamagotchi in the way that it has set levels, the objective is not to keep your pet alive as long as possible but to max out all your pets needs. When doing this the level is passed and you are awarded with a second and eventually third bunny to take care of. The pets needs are depicted by bars at the bottom of the screen and will decrease gradually over time. By dragging the pets over certain objects in the environment the need-bars will refill. 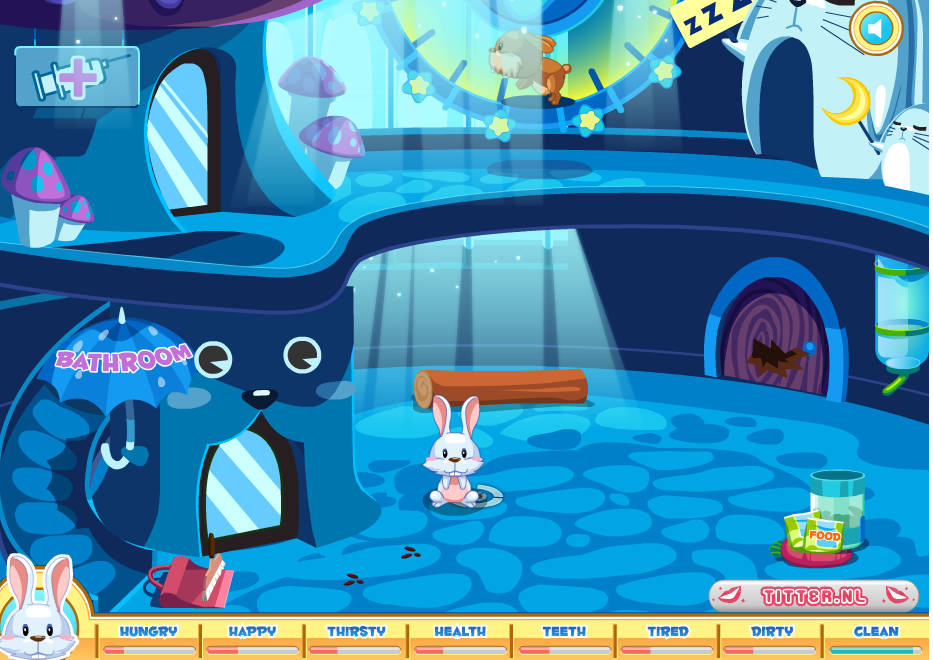 The game had some issues that it wasn’t really that fun to play, the bars decreased too fast and the tutorial was not very clear.  I was able to modify and improve some of these issues while working on the game.

My Sweet Bunny did very well on mary.com and scores 89%.
It was later ported to mobile.